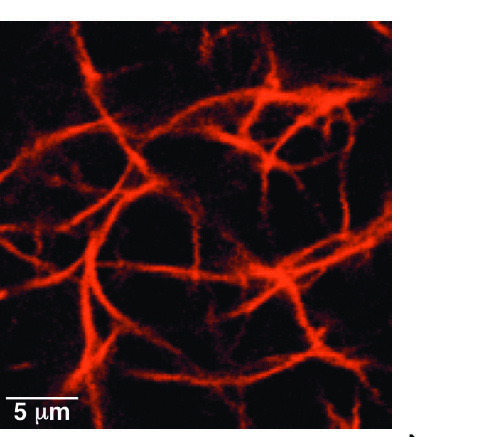 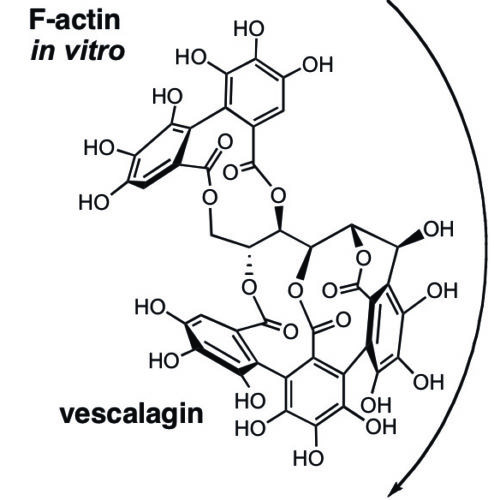 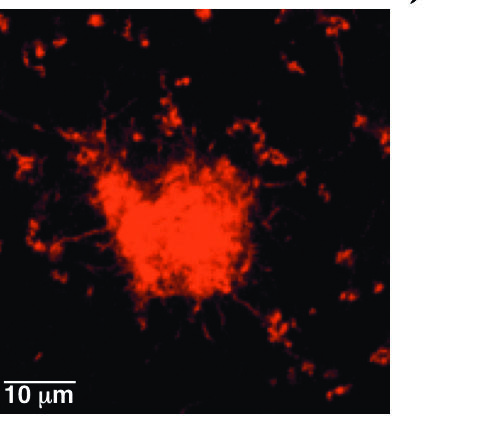 The C-glucosidic ellagitannin vescalagin is a plant polyphenolic metabolite readily available from fagaceous tree species such as oaks. In collaboration with Stéphane Quideau (Université de Bordeaux), we showed that vescalagin fulfills all requirements for use as an antiactin agent in cellular biological investigations. Despite its high hydrophilicity, it rapidly enters cells and disturbs the organization of the actin cytoskeleton in a dose-dependent reversible manner by binding fibrillar actin and forcing the actin filaments to wind themselves into ball-like fibrillar aggregates (Quideau et al., Angew. Chem. Int. Ed. 2011, 50, 5099-5104).

As filamentous actin is a major component of podosomes, these structures appear as possible targets of this ellangitannin.

We are now planning to build polyphenol-bearing probes for unveiling polyphenol-protein interactions and to develop the project towards polyphenol based therapeutics.

and is funded by the French National Agency for Research (ANR)