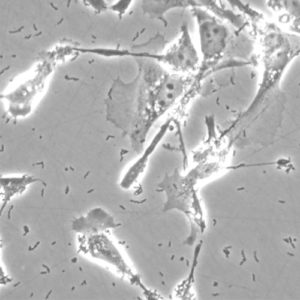 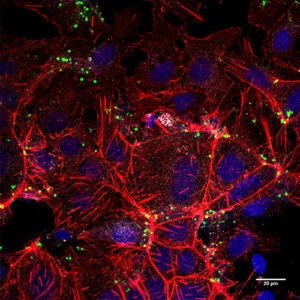 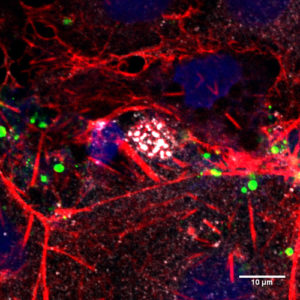 Role of invadosomes in the progression of liver cancer

Infecting hepatocytes with the pathogen Helicobacter Pylori induces the formation of invadosomes (Leroux-Goglin et al., 2012). The aim of this project is now to investigate the signalling pathways activated by H. Pylori that control the assembly of invadosomes and the impact of the invadosomes on hepatocyte behaviour.

This collaborative project is led by Dr Pirjo Spuul at Tallinn (University of Technology in Estonia) and Christine Varon (INSERM U1053, University of Bordeaux, France), and is funded by Campus France.

a) Phase contrast image of a coculture of H. Pylori and human gastric cells (courtesy of Christine Varon, INSERM U1053, Université de Bordeaux)

C) zoom of the invadosome rosette (boxed region shown in b).